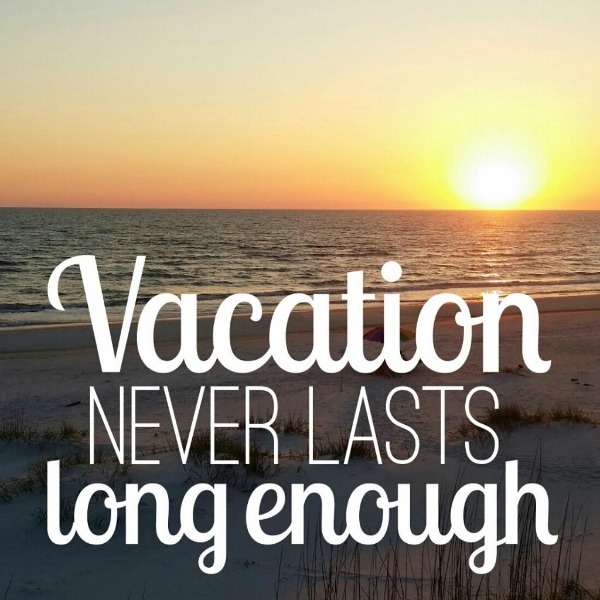 This is a Sponsored post written by me on behalf of Gulf County, Florida. All opinions are 100% mine.

Our trip to Gulf County, Florida last weekend ended up becoming an impromptu girls weekend after the boys each had to pull out at the last minute for reasons, not under their control (they still have “real” jobs)! Neither one of us girls have been on a girls weekend since we got married (Tiffany – 7yrs and Whitney – 6yrs) and it was the first time Tiffany had been away from Bryce, their little boy for more than 1 night. It was also the first time Tiffany and Whitney had traveled together. To say it was a blast and totally productive would be an understatement! WE HAD A RELAXING, BACK TO NATURE, BLAST!

They really weren’t kidding when they said the county has only 2 stop lights and spotty wifi! It’s peaceful and calm – an atmosphere that is so different than the hustle and bustle of Atlanta.

From Atlanta, it was a REALLY easy drive. It took us about 6 hrs to get down to Gulf County and Cape San Blas, where our rental house was located. We didn’t even have to stop for gas (Tiffany’s car gets over 30 miles/gallon)! 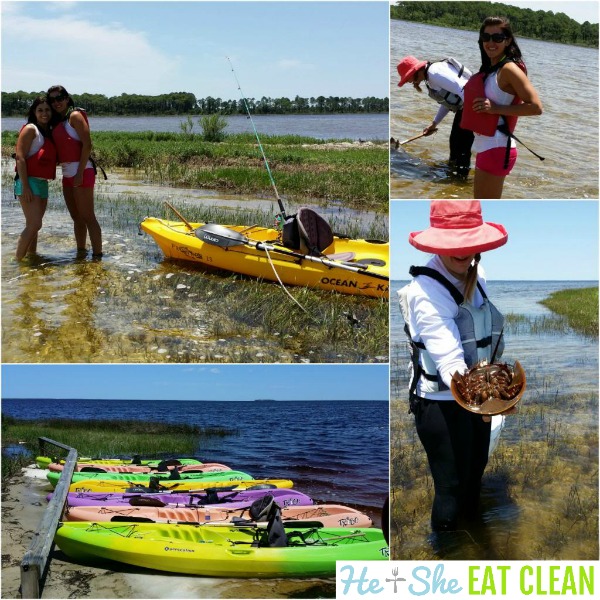 On Friday night, we settled in. After checking in, we drove back to Port St. Joe, where there are more stores and restaurants and visited the local Piggly Wiggly grocery store where we were able to find meats and organic vegetables and fruit to stock the pantry and the fridge since we cooked the large majority of our meals. We made dinner and sat outside enjoying our ocean front view and the crashing sound of the waves on the shore.

Saturday, the fun began! After visiting the Farmer’s Market in St. Joe, we stepped out of our comfort zone (ok… maybe just Tiffany’s girly comfort zone) and took a 2-hour eco-kayak tour with Happy Ours guide, Debbie. We kayaked a little more than 1.5 miles in windy conditions on the bay (a workout we were really excited about) and were able to beach the kayaks on a small island in the bay and learn about the marine inhabitants. Anything from Giant Blue Crab to Stingrays to the smallest Shrimp – we were able to see them. Debbie told us stories about the area and really helped us learn more about the region. That night, we cooked up some of the most amazing shrimp, caught right on the bay from the St. Joe Shrimp Co. (a recommendation from guide Debbie).

Once we got back to the house after kayaking, it was back to cooking meals, enjoying the beautiful sunset and exploring Cape San Blas’ two market stores for a few items we missed at the grocery and farmer’s market. Then, it was back to work as usual!

Sunday morning, we got up super early to take advantage of the beautiful sunlight and gorgeous scenery to take pictures and film a few workouts on the beach for our readers. We also took our paddleboards down to the beach but after an unsuccessful attempt at trying to figure out how to actually paddleboard, we used them as props in our pictures! It truly was the MOST amazing backdrop. Afterward, we decided to go to the tip of Cape San Blas and go for a nature walk/jog at the St. Joseph Peninsula State Park. With 2 trails inside the park and one right outside, we had some great options.

You can view some of the workout videos and pictures we took here.

We rounded out the late afternoon with a 1-hour horseback ride on the beach with Rockin M Ranch. It was such a fun experience! You can tell a lot about a person by the horse that they choose apparently! Whitney chose one of the larger horses, who we found out had later been rescued and was up 200 lbs in weight, but didn’t like to sit still and liked to keep a close, but not too close, distance from others. Tiffany chose a shorter horse, unlike any of the other horses out there – Charlie. He was a different color than the others, easy going and had a spring in his step. Tiffany would have loaded him in the back seat of her car if Jim wouldn’t have told her explicitly NOT to bring the horse home! We rode directly on the sand, right next to the water!

After our beach horseback riding, we were pretty beat but had time to snap some pictures, make some food and call it a night. It was sad to say goodbye on Monday, but it was a great trip!

For more information on Gulf County Florida, visit Come visit GCFL and Like GCFL on Facebook and salute real beauty!

What would have been your favorite activity? Horseback riding or Kayaking?