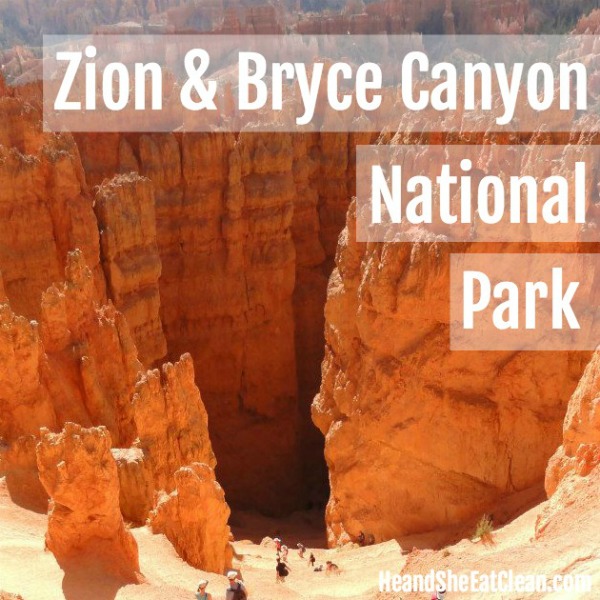 Ever since our trip to Rocky Mountain National Park, we have been so excited to go to more National Parks! This was a very fast-paced trip from Vegas to Utah. We woke up early each day to start hiking so we could see as much of each park as possible since we only had one day in each park. It would have been perfect if we would have been able to spend two days in each park but we still had a blast!

We hiked a total of 30 miles in two days (after spending three days in Vegas) so we were pretty exhausted when we got home!

I had my own heart rate monitor for this trip so I was able to track our calories. However, this hiking was a little different than what we are used to so I don’t know how accurate it was going downhill (because my heart rate was low but it was still very difficult). Our hikes are normally hiking straight up a mountain but this was a lot of up and down.

We woke up around 6 AM, took the shuttle to the Vegas airport, picked up the rental car and headed to Zion. We forgot to plan for the time change so we actually starting hiking an hour later than we had planned.

We did three different hikes in Zion (Observation Point, hiked to the Narrows, and Emerald Pools). We really wanted to actually hike the Narrows but we didn’t have time.  I definitely want to go back just to hike the Narrows. Everything we saw in Zion was beautiful except for the tarantula! 😉

After hiking all day in Zion we drove towards Bryce Canyon. We stayed in a small motel in a VERY small town called Hatch (population 127). There is literally NOTHING on the way to Bryce Canyon from Zion but it is absolutely beautiful! 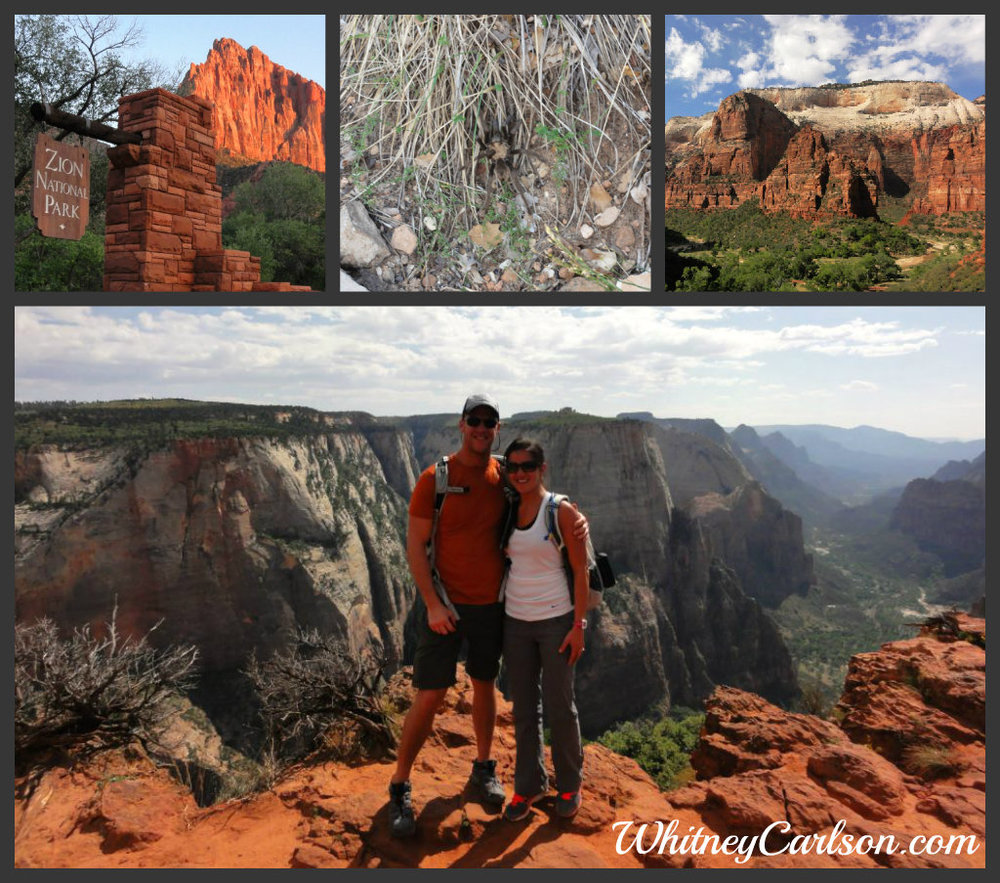 We woke up around 6:30 AM and drove to Bryce Canyon. We also did three hikes in Bryce (Figure 8 Loop (plus some), Fairyland, and Sunset Point into the canyon to watch the sunset and full moon rise). There are no words to describe Bryce Canyon.  It is truly breathtaking. I literally kept telling Scott “I don’t know what to say about this place.” If you have never been, you MUST go there! The hikes we did in Bryce were KILLER! Strenuous is an understatement!

After watching the full moon rise we drove 2.5 hours to St. George (back through Zion) so that we wouldn’t have too far to drive to the airport on Monday morning. 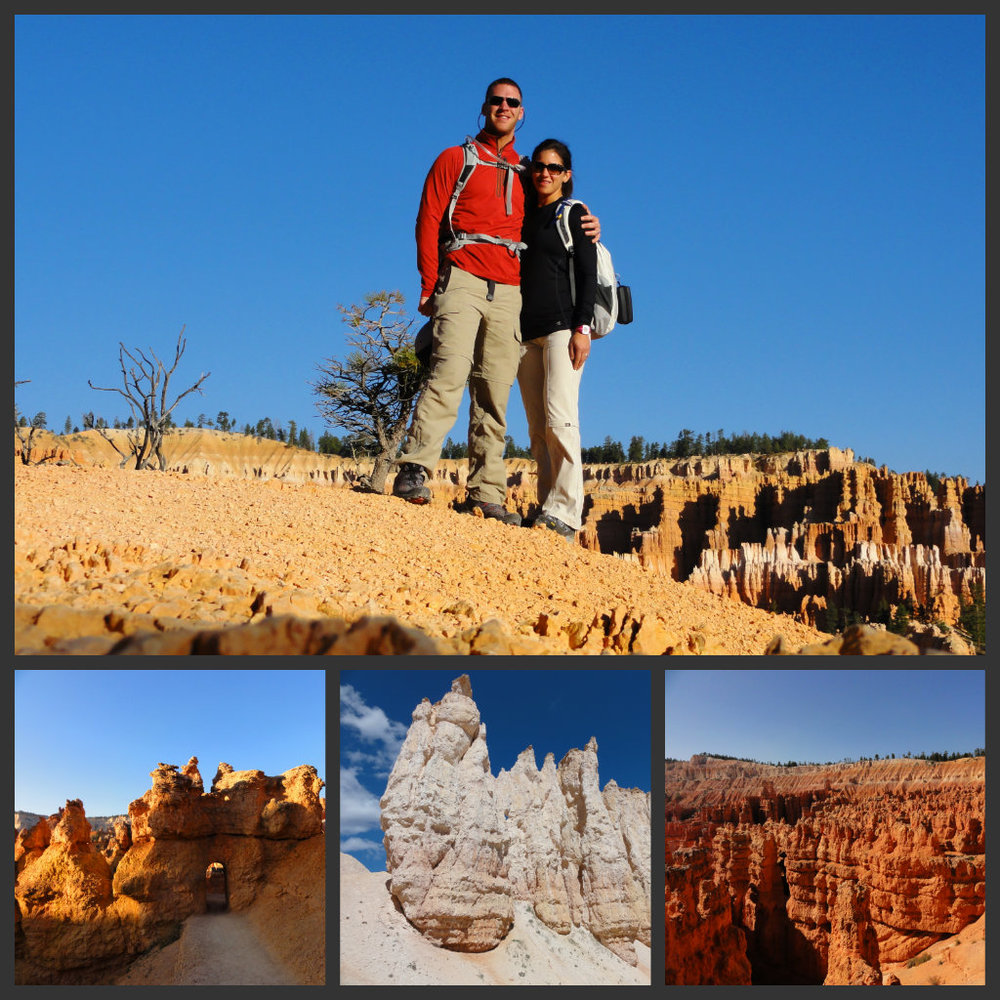 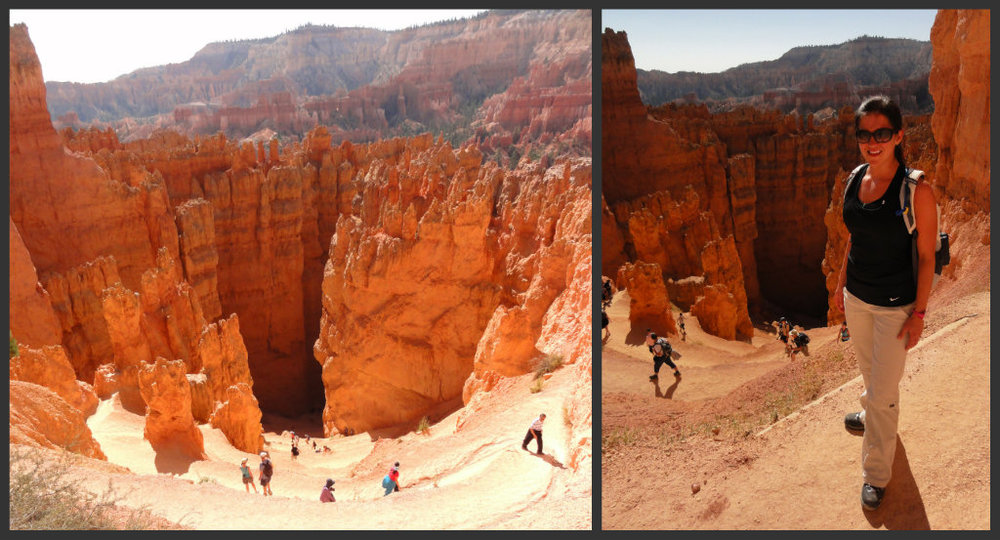 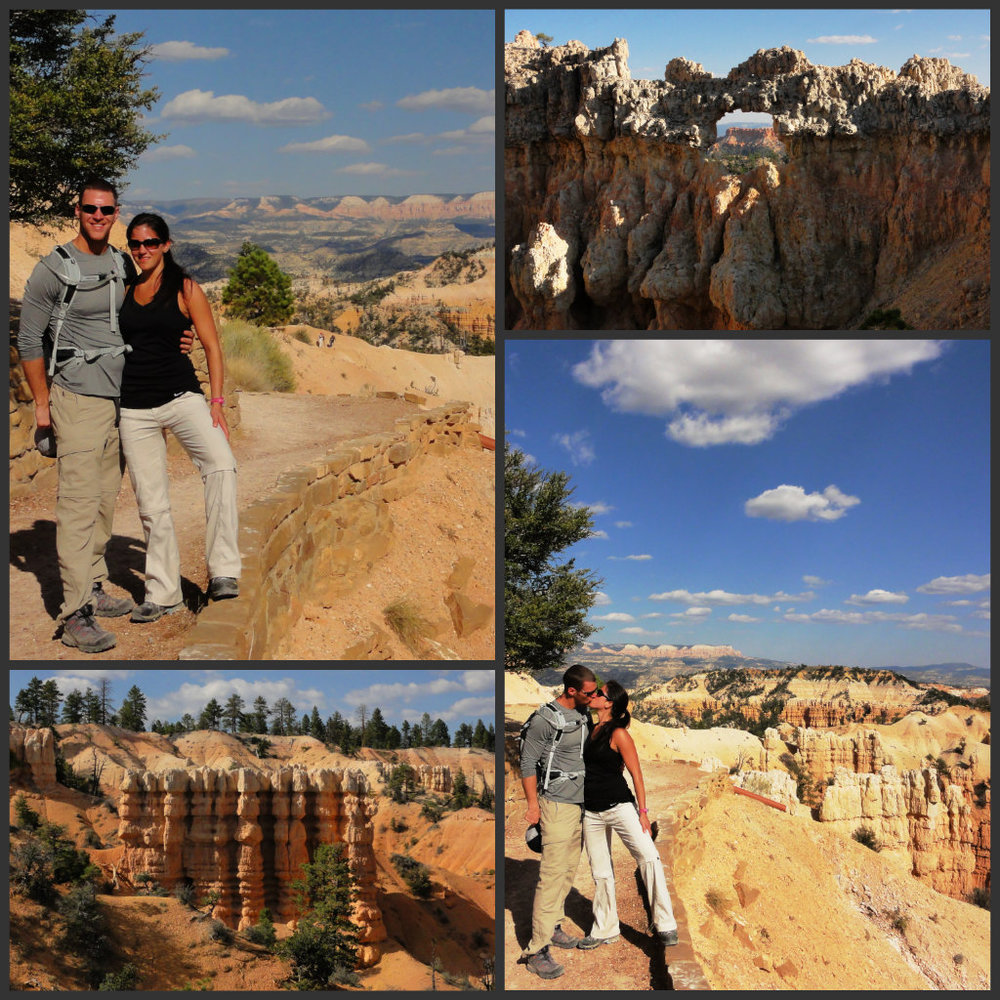 We were going to get up early and drive through Valley of Fire State Park on the way to the airport but we were exhausted and slept in instead. We will hit that one next time! We got to the airport and flew to our first stop, Phoenix. While waiting to board the plane to Atlanta we were told the flight was overbooked and they were looking for volunteers to take a flight home the next day. They were offering to pay us via an airline voucher and cover our lodging in Phoenix (my favorite city), so needless to say, we were the first in line to sign up! We were both looking forward to staying in Phoenix for the night and driving out to Scottsdale to hike Camelback. However, at the last minute, two passengers didn’t show up so we had to get on our original flight and go back home as planned. We got home very late but thankfully we both had the next day off!

Since we were literally running from one hike to the next and trying to squeeze in as many hikes as possible we didn’t have much time to actually eat real meals. We ate protein bars, granola, trail mix, nuts, etc on our hikes. We ate two real meals: dinner at Zion Pizza & Noodle (delicious!) and lunch at Bryce Canyon Lodge (not recommended).

Which National Parks have you visited? What was your favorite hike?