Home » Education » What your fitness journey has in common with MLB players.
0 shares 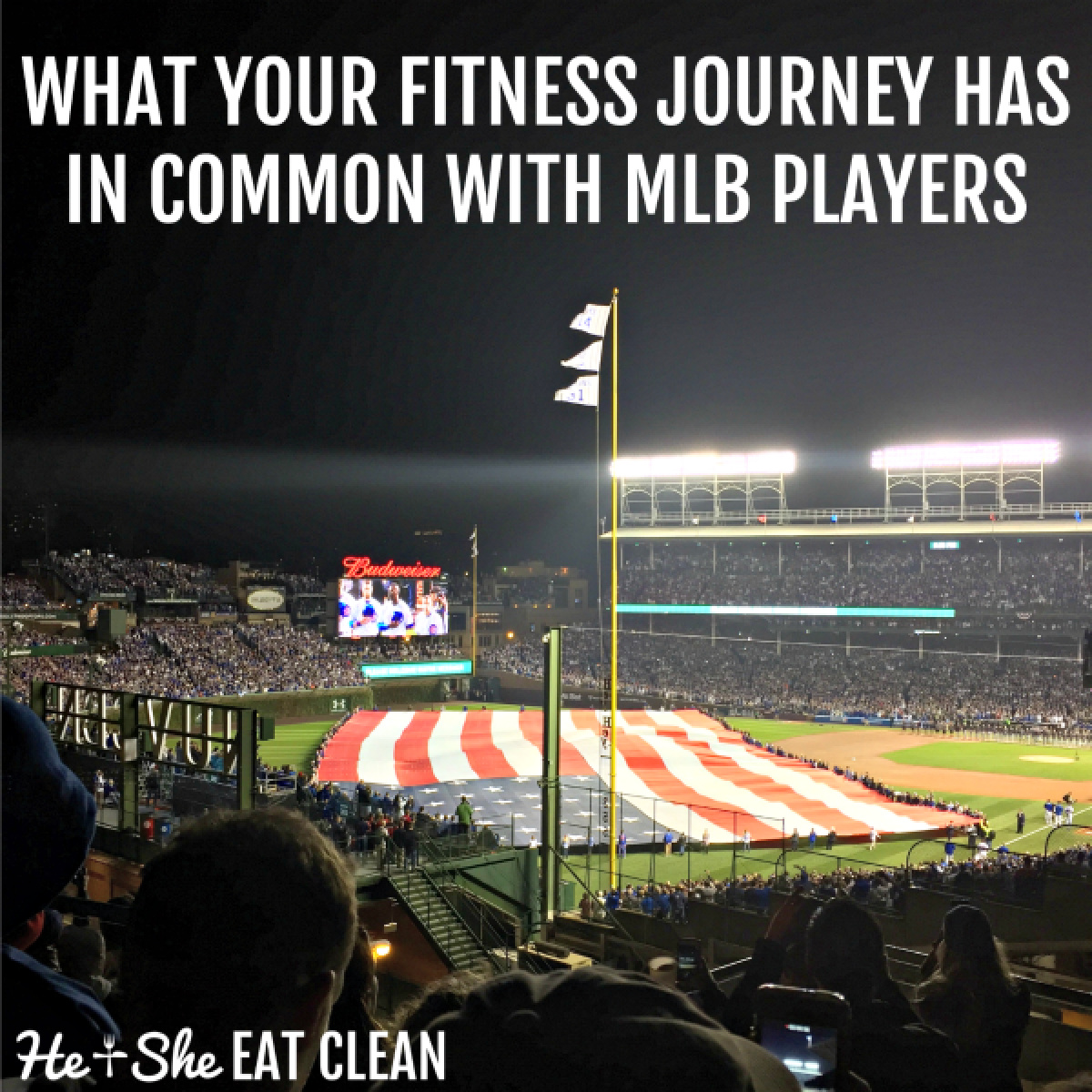 If you haven’t heard by now, we are huge baseball fans – the Cubs in particular. Scott’s dad, who passed away from cancer when he was 16, and grandfather passed along their love of the Cubs to Scott. I (Whitney) grew up a Braves fan but was quickly swayed when I met Scott 15 years ago (I do still root for the Braves when they aren’t playing the Cubs!).  We’ve spent A LOT of time this year watching baseball games on TV (we probably saw around 100 Cubs games from start to finish) and going to baseball games here in Atlanta and Chicago.

In fact, it was our trip to Chicago in 2008 that we realized we needed to start living a healthy lifestyle. We weren’t overweight when we got married but we quickly gained weight during our first few years of marriage.

We also went back to Chicago this past May. We had airline credits we had to use before they expired and Scott had a Friday off so we went! 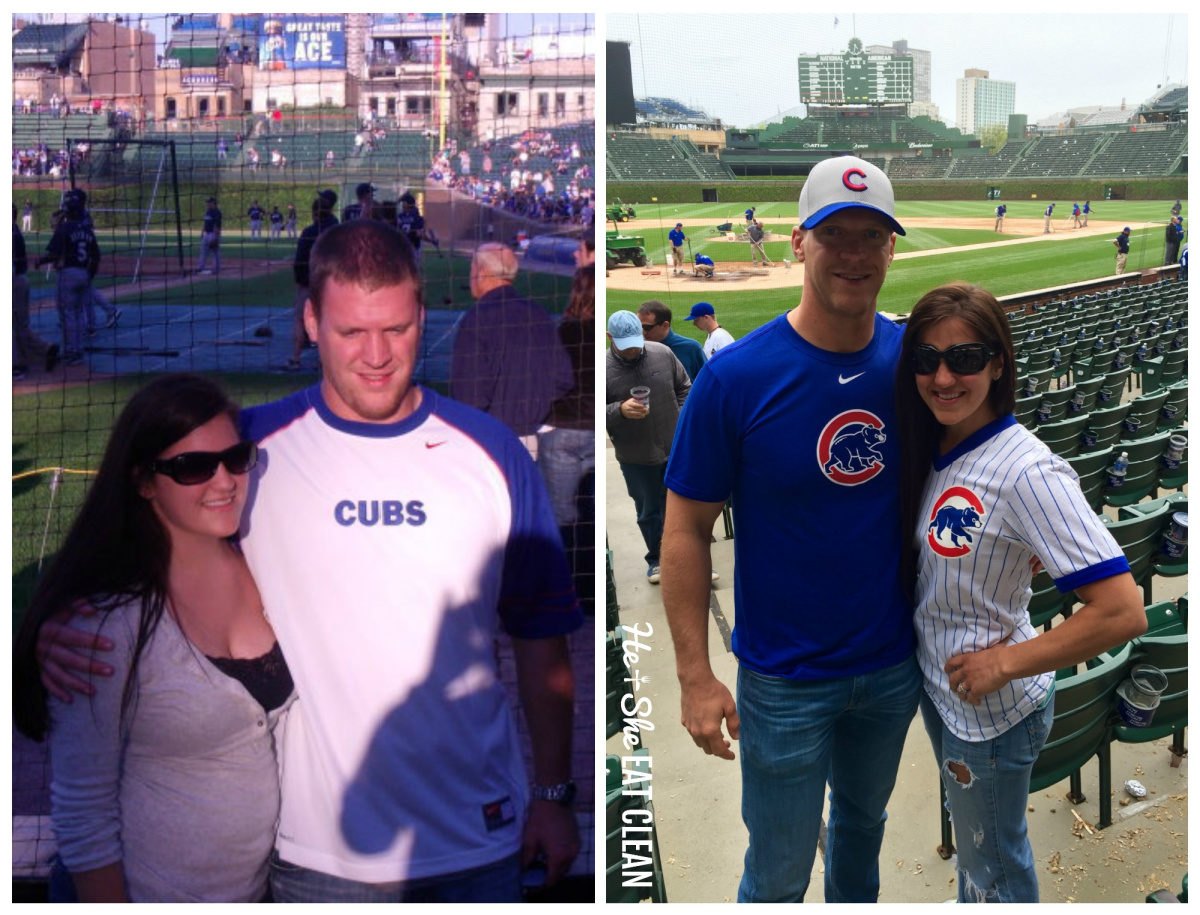 This time we went to Chicago with Scott’s brother and sister to witness the first World Series game played in Chicago since 1945 (October 28-30, 2016). We actually bought the plane tickets and booked the hotel room at the beginning of October. We saved A TON of money this way. We booked through Southwest so even if they didn’t make it we could have changed the tickets for another trip at another time. The hotel room was also able to be canceled, if necessary. We had rooftop tickets to the game, so we weren’t technically in the park, but it was still an AMAZING experience. They lost the game we went to on Friday night and also the game we watched in Chicago on Saturday night (while eating Chicago-style pizza!). However, we, along with millions of other fans, never gave up! We flew back to Atlanta on Sunday during the third game at Wrigley that they won (Scott’s brother was actually at that one as well). On the way out to Chicago, the flight attendants led the plane in singing Go Cubs Go before take-off, and on the way back to Atlanta every person around me was watching the game on their personal devices!

As I watched games 6 and 7 (after the Cubs headed back to Cleveland), a few things hit me that I wanted to share – I realized just how relatable baseball is to life and, more specifically, living a healthy lifestyle. 😉 These concepts could probably be applied to other sports as well but, admittedly, I don’t know much about them other than baseball.

What your fitness journey has in common with MLB players

Just because a batter has two strikes, it doesn’t mean they just give in to the pitcher because they know the odds are against them…no – they keep grinding the at-bat and trying to hang in there until either the pitcher makes a mistake or they find a pitch they can manage to hit.  In other words, they focus on controlling the controllable…they can’t control whether or not the pitcher hits his spots or makes good pitches, but they can control whether or not they give up on an at-bat after they’ve fallen behind.

Players and teams have long-range goals like winning their division and hopefully the World Series, but that doesn’t mean they lose sight of their short-term goals. Again, they take it one at-bat a time.

Each player gives it their all even when their team is losing a game or a stretch of games. Players have team goals but they also have individual goals like improving their batting average or making a highlight-reel play. Each player will still try to have a good at-bat in order to improve their record by increasing their chances of winning a game.

Their goals are made with realistic time frames. 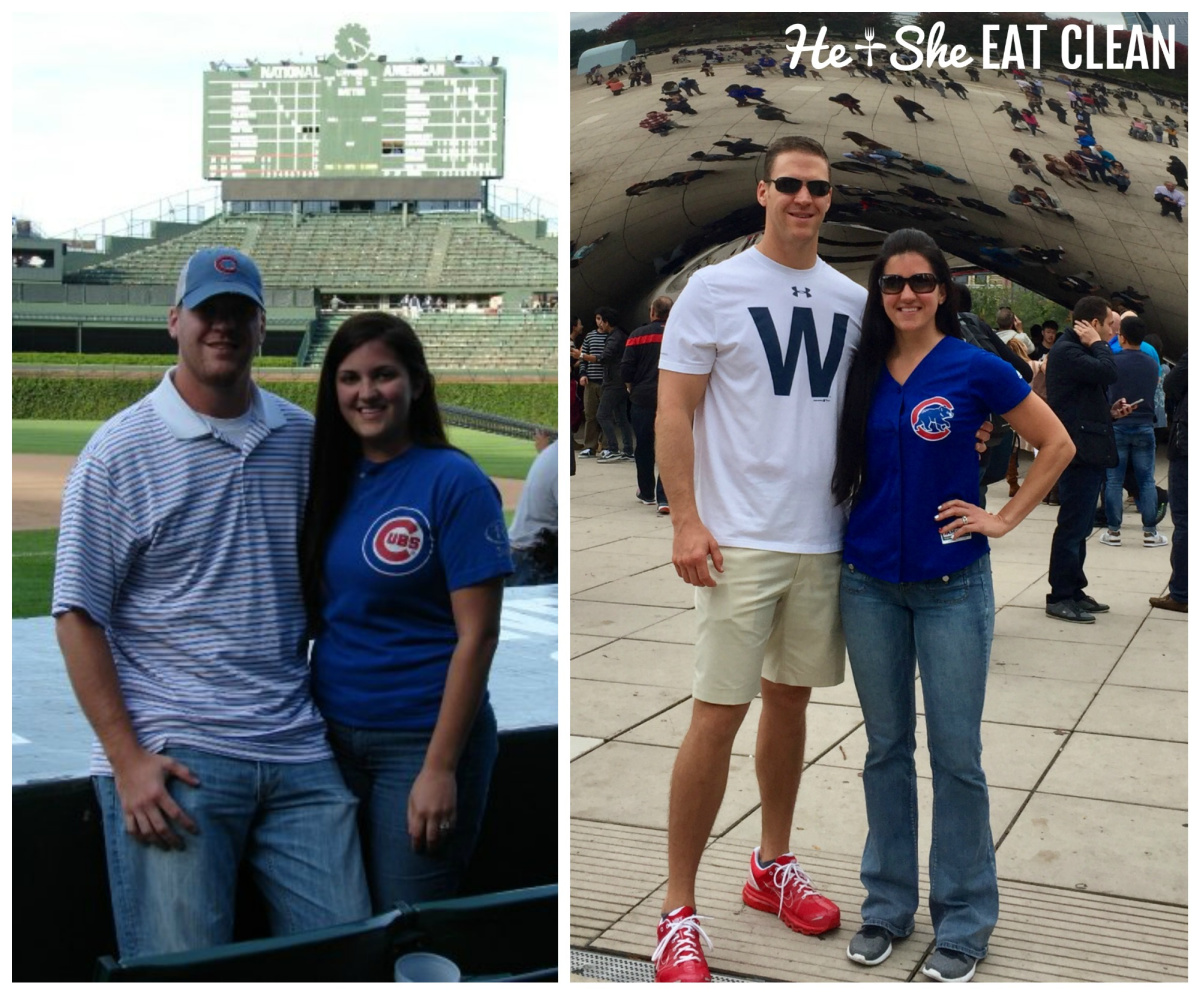 I shared this on our Facebook page but also wanted to share it here so that it lives forever. 😉 This is what Scott wrote after the Cubs won:

I can undeniably state that being a Cubs fan is an entirely different animal in the realm of sports fandom and today this little letter means a lot more than just a Cubs win to me and so many other lifelong and generational fans, so I’ve selected a few “W” words to express what today’s win means to me and Cubs fans across the world:

Dad – this win was for you…I can see the smile on your face shining down on me, Mommy (Malinda), Todd and Kristin You taught me so much about life, but of all the lessons you taught me, being a Cubs fan is ALWAYS the one that sticks out the most to me. I remember before the internet was around, I’d come home from school and tune into the Cubs games on WGN and you’d call from work for periodic updates…I vividly remember the Kerry Wood strikeout record game; I called you in the fifth or sixth inning to tell you what was going on and it seemed like you called every ten minutes as he got deeper into the game to see if he was going to set the record for most K’s…that is actually one of my fondest memories of you and I’m glad the Cubs provided the glue that strengthened the Carlson family bond. I miss you so much, but now I know you, Ba, Ron Santo, Ernie Banks and Harry are truly resting in peace!