Home » Money » 6 Ways to Save Money at Restaurants
105 shares 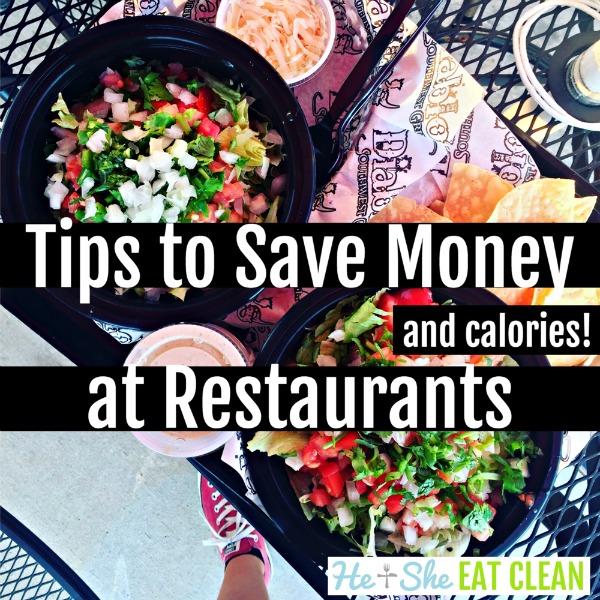 The easiest way to save money on food is to skip restaurants altogether and make your own food but we know many people like to go out so we are going to share some of our favorite money-saving tips with you! Not only will limiting your dining out help your wallet but it will also help your waistline. You are in complete control of what goes into your food and how much you eat. We try to limit our eating out to once or twice a week but you can use these tips no matter how often you dine out. Some of these tips seem obvious but are often overlooked.

Ways to Save Money (and Calories!) at Restaurants

Below are some examples and how much is spent. Keep in mind that this is for just ONE time eating out. Many families eat out multiple times per week resulting in $800+ spent on dining out in a single month.

Although we are fully aware that many people like to dine out and act carefree at least once a week, it’s not the best idea when you are trying to save money and/or pay off debt. The hard truth is that sometimes you have to say “no”. Life is about balance. That requires saying “no” more than “yes” when you have goals! As mentioned, Scott and I try to keep our dining out to once or twice a week and usually spend less than $20. Sometimes, when we are traveling or really busy, we do dine out more often but we always follow these tips and try to limit our spending as much as possible.

« How to Order a Party Platter from Costco
Turkey Trot Challenge »