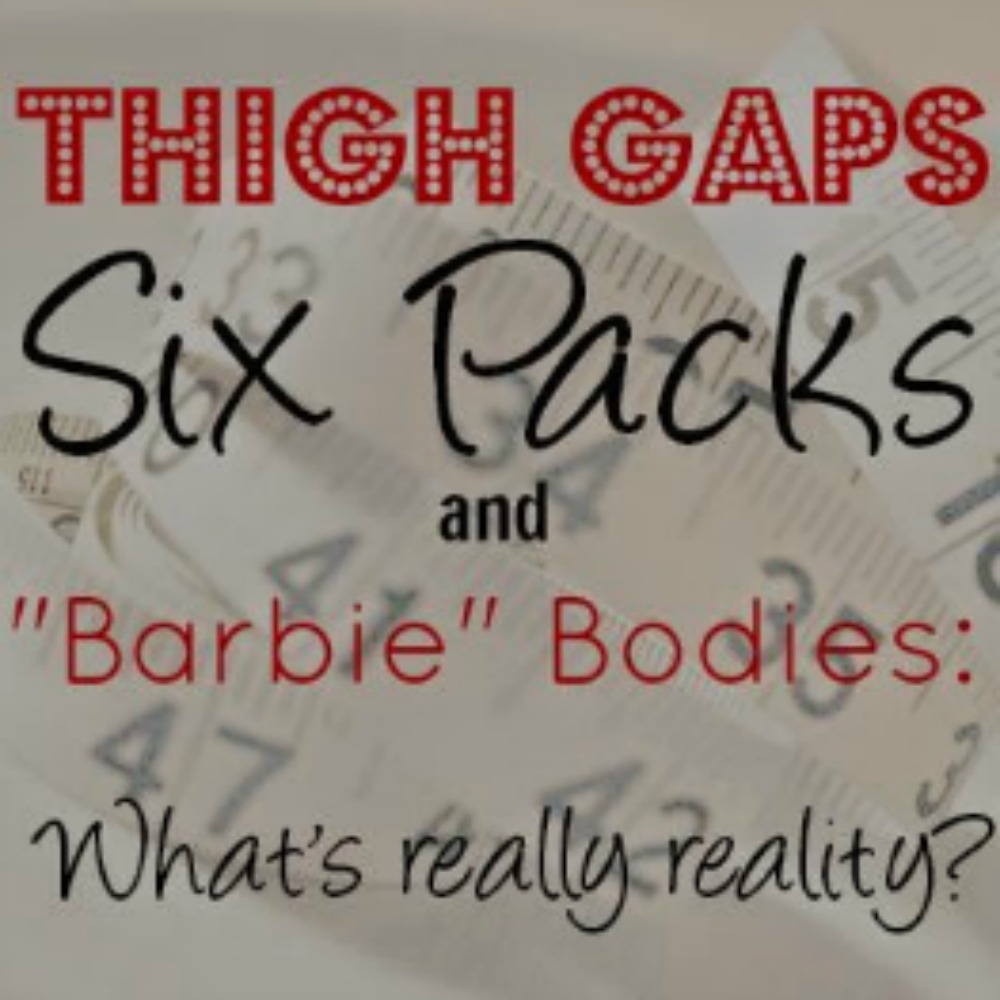 Thigh Gaps, Six Packs, and “Barbie” Bodies. Out of all of those, the six-pack is the most attainable, but for 99% of us, it’s just not realistic. So WHY do we put so much pressure on ourselves?

Here are a few things to note:

Trends are trends. Why do you think everyone jumped on the bandwagon of the “thigh gap?” It’s trendy and was mainly popular among the younger crowd (as if any of us are “old” – we are not, but I mean high schoolers, people!) who number one, haven’t been riddled with female hormonal issues, the aging process and the thought of having babies, and number two, follow pop culture and celebrities like they are their best friends. Whatever way you slice it, the thigh gap REALLY isn’t attainable for 99.9% of us and some might even argue that it’s not that attractive. So why are we fascinated by it?

The media turns heads and influences our minds. Do you have a personal graphic artist who airbrushes your pictures? We didn’t think so! Neither do we (not even when we get photoshoots done, except for the occasional blemish here or there)! So why do we think for one minute that the women in these magazine advertisements, television commercials, and movies really look like that? Because we buy into the fantasy!?! Why?!? Media influence! DON’T fall victim! The media has an opportunity to pump someone or something up and dump it like a hot potato five seconds later.

Let’s STOP wishing we were our favorite doll from our past and start focusing on the person we ARE and the body we were given. If you have a surgical scar – embrace it. You can’t change it! Don’t hate it. If you are doing everything you know how to do, including eating clean, working out and living a healthy lifestyle but your waist size doesn’t budge on the tape measure, love every inch of it! You work for the body have – yes, you want to improve it, but ultimately, you are YOU! Don’t look to change it – embrace it!

Reaching for the stars and constantly seeking better for yourself should be one of your top priorities, but be REALISTIC! Thigh gaps, 6-packs, and “Barbie” bodies just aren’t realistic for most of us!

How do you work for the body you have?