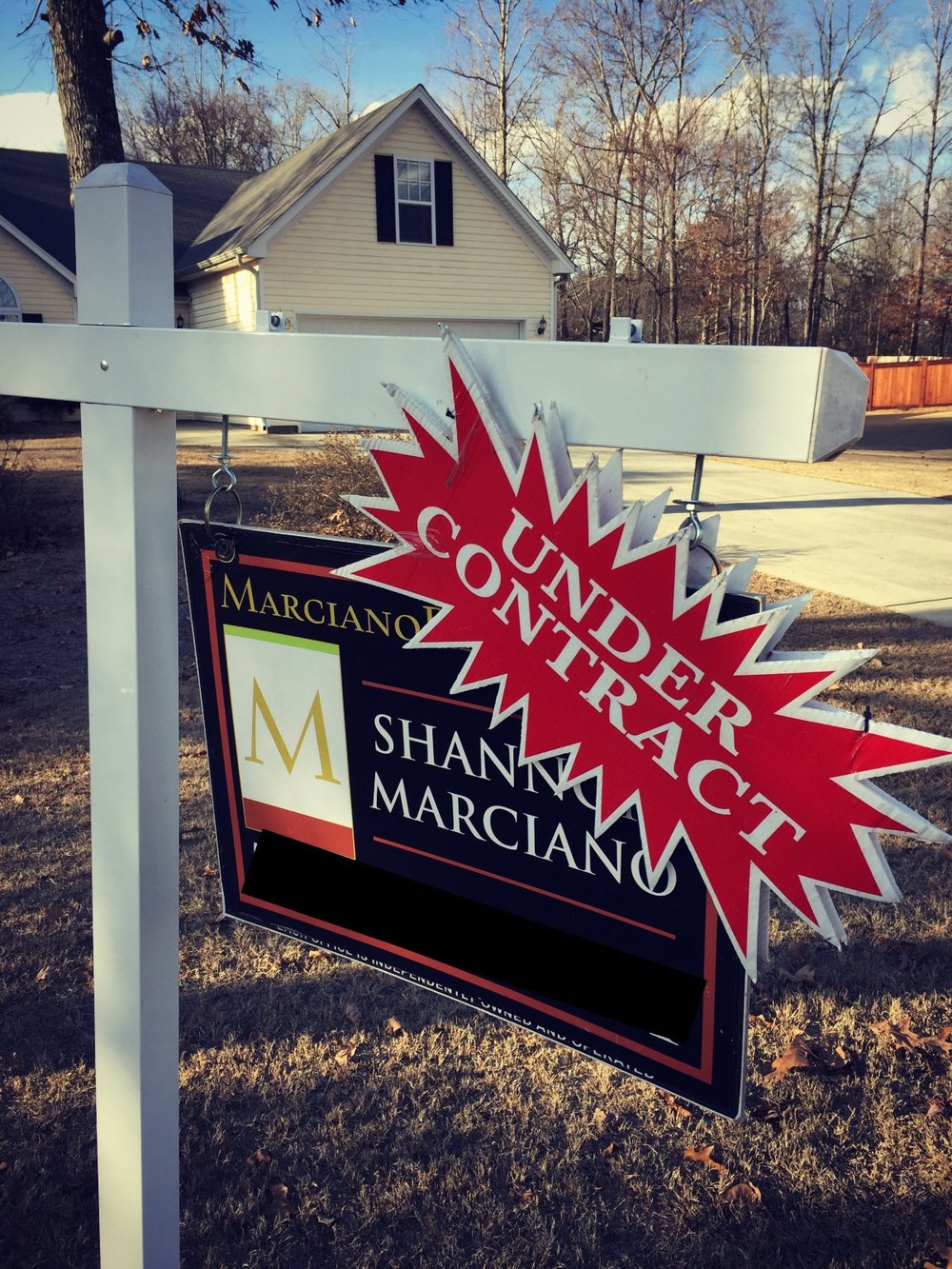 WOW! WHAT A WEEK! Our house is under contract! It officially went up on the market Monday night and the first person to see it Tuesday morning put in an offer. We had three others look at the house on Tuesday and Wednesday but we were under contract with the first showing within a day of it being listed.

As you know, we’ve been purging and cleaning and purging and cleaning for weeks (really months) now. Not that the house was dirty, it wasn’t and we’ve taken really good care of it for over nine years, but there were just a few small things we need to do in order to list it. And I wanted to go through every item before just packing it in a box to move. I refuse to move anything that we haven’t used. We should be able to fit everything we are taking in the smallest moving truck. 🙂

A few interesting things happened. We have a central vacuum system in the house (we LOVE it) and part of the vacuum quit working the weekend before we listed the house. I ordered the part we needed on Amazon with overnight shipping for it to be here Wednesday, never thinking our listing would get as much traction as it did so quickly. Long story short, I didn’t even have a vacuum for our house before our showings. I just used a good ole broom and dust pan in the areas that I could before anyone showed up. My agent called me Tuesday morning at 10 am and said that someone was interested in coming between 10:30-11:30. Oh my gosh. Sure, we had spent the entire day Sunday going through closets, cleaning blinds, etc. but that also meant that all of the cleaning supplies were still out and things were just messy. I said okay but try to make them come closer to 11:30. I did a speed cleaning of the entire house in 40 minutes, packed the cats up, moved their food and litter boxes and took off. As soon as I got back to the house after the first showing, I brought the cats back in (they HATE the car), moved their litter boxes and food back to where it belonged. Then I walked past the front door and noticed a car sitting outside of our house. Right about that same time my agent called again and said someone else wants to come. Literally on Tuesday I didn’t have time to do ANYTHING other than grab a few bites to eat in between showings (being careful to not eat anything too stinky!). I had a major headache by the end of the day I guess because I didn’t have enough water. After the first showing I decided to leave the cats at the house. haha. I was able to actually go for walks during two of the showings instead of sit in the car with crying cats. Our agents’ phone was ringing off the hook regarding our house. I had a list of things I wanted to do before showings like get fresh flowers, make some good smelling concoctions, etc and I didn’t have time to do a SINGLE one. I think this goes to show you how quickly minimalism can sell a house. 😉

We are so thankful that our house is under contract so quickly. We know there are always some variables where things could fall through but we feel pretty confident with the buyer. The next step is the appraisal so we are hoping that the appraisal matches the agreed to sales price. It should but again, you never know.

P.S. I NEVER knew that posting the picture above on Facebook, of these stickers that Scott puts under our kitchen counter, would lead to the comments it did. Some people were really rude and I even hid their comments haha. These are stickers from PRODUCE and it’s just funny. Our house is spotless so for people to say that produce stickers are nasty just blows my mind…it’s not like it was chicken…I really don’t even understand. Kids and pets make some truly NASTY messes and this is NOTHING. But if you think it’s nasty, here’s your chance to lighten up just a bit…Anyway, I was so rushed that I didn’t even take these down during the showings and they are still under the counter. Maybe I will remember to take them down before closing. So to all you haters…our house is under contract in ONE day even with the stickers up. 😉

And for those of you wondering, nope we don’t know where we are going to move! We will probably have to live in an apartment or rent a house while we build. I’m normally someone who hates uncertainty but this is actually really exciting to me.

We basically spent the rest of the week and weekend recuperating from the last few months. We planned on hiking Saturday, woke up and decided it probably wasn’t a good idea to hike in 24-degree weather…repeat the same thing for Sunday, hoping we have some good hiking weather soon. We went over to Scott’s brother and sister in law’s house to watch the super bowl so at least that was fun.

Oh did I mention that our dishwasher quit working on Friday?! All this stuff is perfect timing! Add a new dishwasher to the new central vacuum part, I’m just hoping those are the only two things we need to replace! 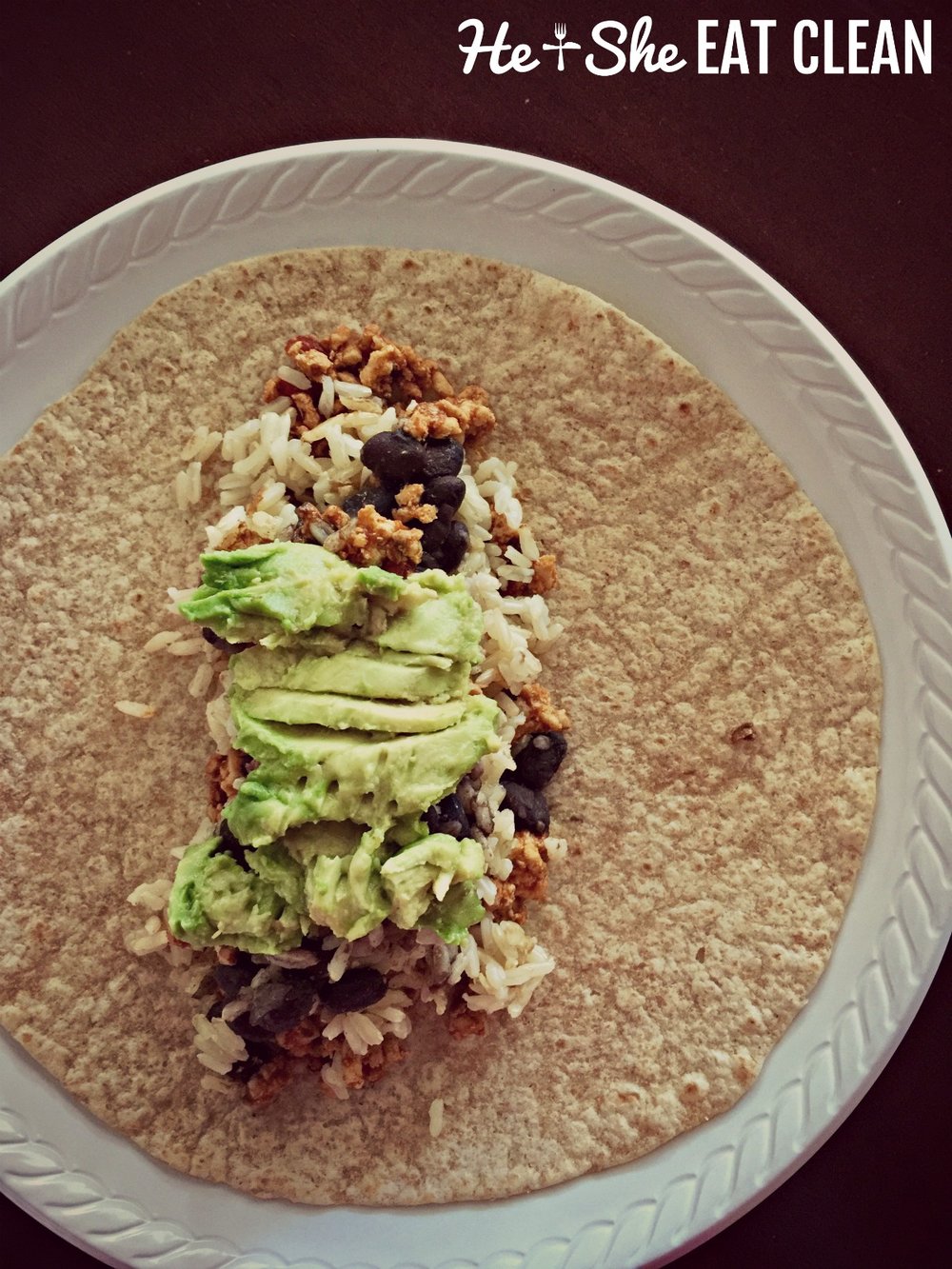 Meal That I Loved: 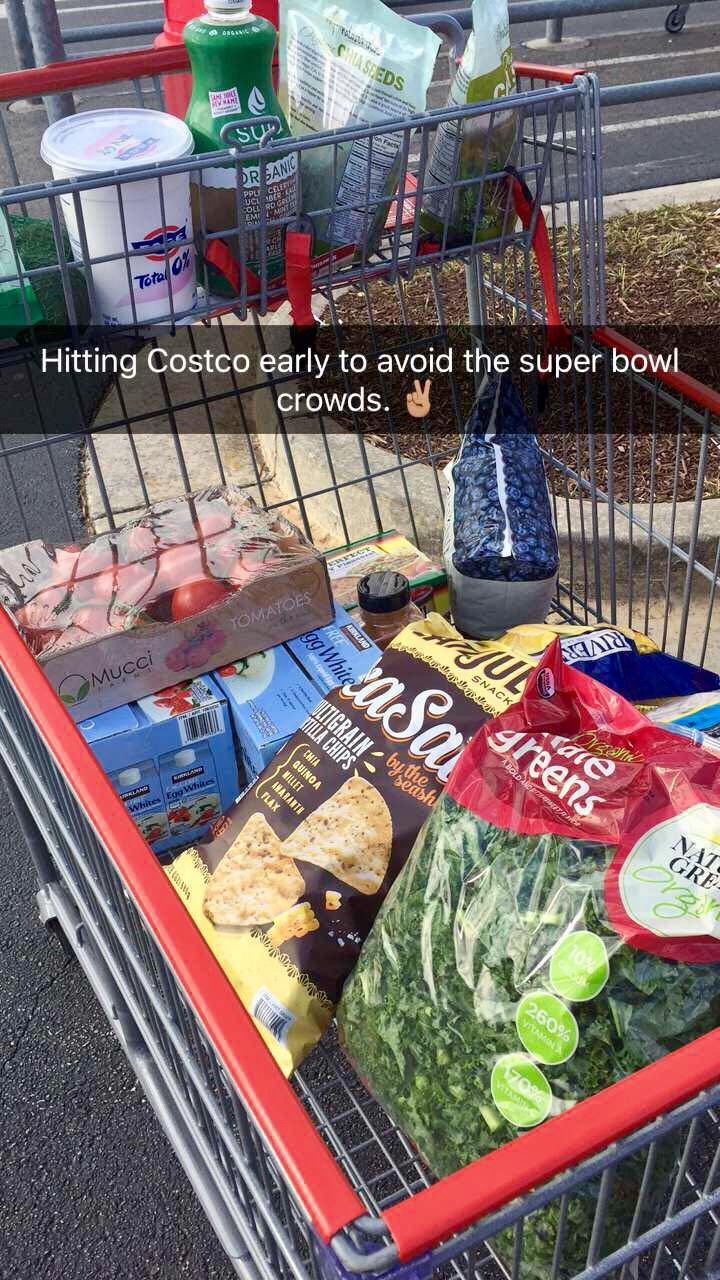 I hit up Costco early on Thursday to avoid the crowds over the weekend as people prepared for the Super Bowl. 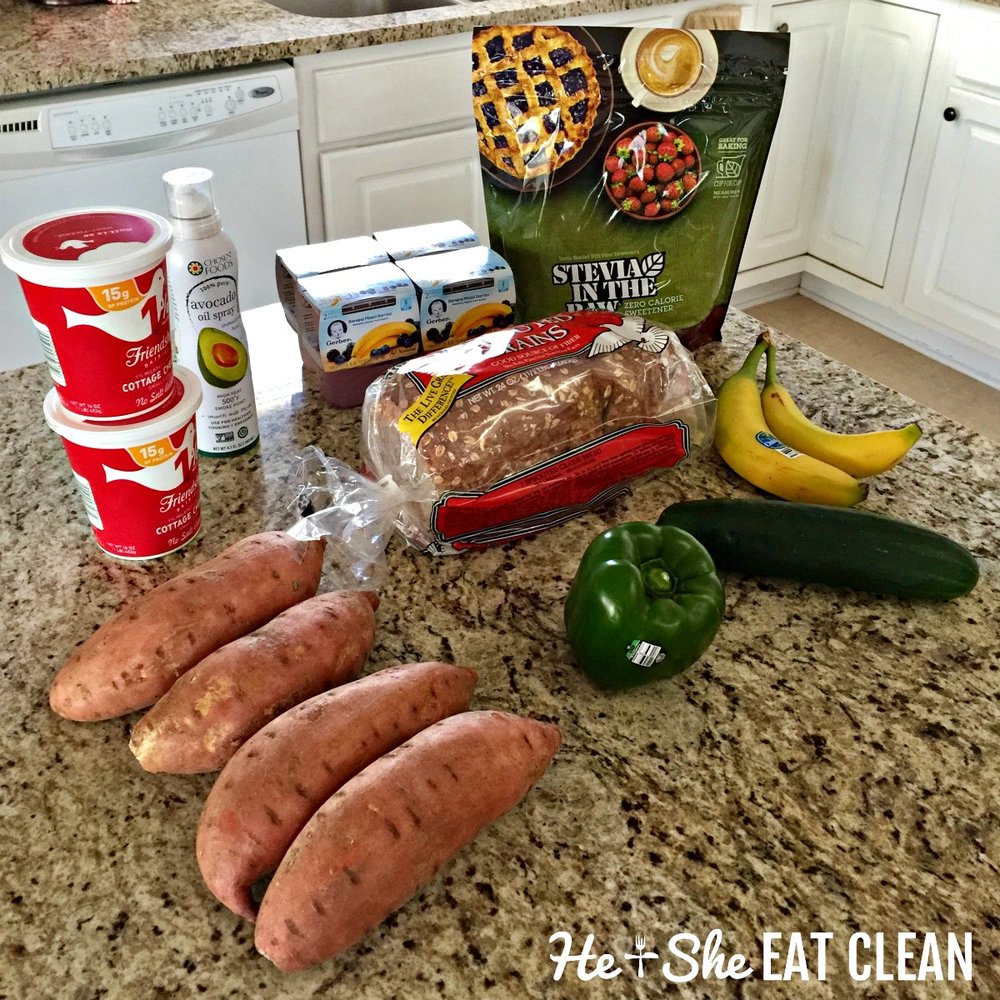 Below is what happens when Scott goes grocery shopping with me…plus, we were on the way to his brothers for the Super Bowl so beer and ingredients for guacamole ran up our bill. 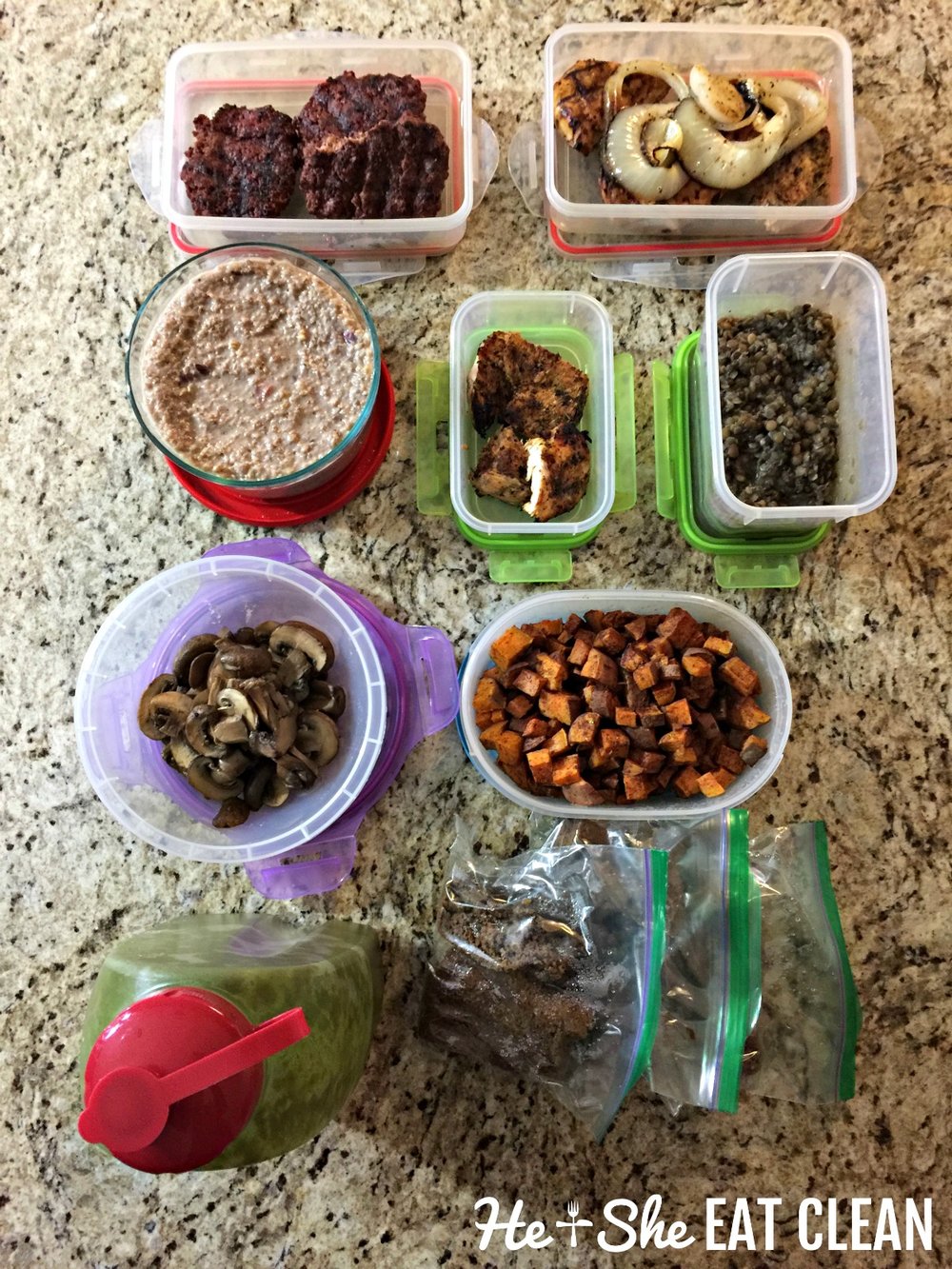 I’m still using the Run Builder as a guide but adjusting as I see fit. I don’t really run that often (especially in less than ideal weather) so I swap out incline training and sprints for straight runs. We have made it a priority to be in and out of the gym in an hour or less because we have been so busy lately. It’s important to make time to rest and recharge. Listen to your body!

« Healthy snacking with LÄRABAR.
10 Things to Get Rid of for a Clutter-Free Home »